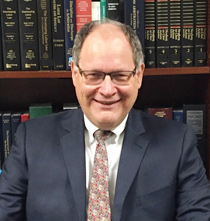 After passing the Washington State Bar, Jim served as an associate in a Seattle labor law firm and as a Deputy Prosecuting Attorney for the King County Prosecutor’s Office. Since leaving the Prosecutor’s Office in 1990, Jim has represented law enforcement labor organizations throughout the state.

He has participated in hundreds of cases at every level of state and federal court and various administrative and arbitration tribunals. He has made over 35 appellate oral arguments between his appearances at the Ninth Circuit Court of Appeals, the Washington State Supreme Court and the Washington Court of Appeals. He has been involved in the negotiation of nearly 300 labor contracts. He has provided counsel in about 160 officer-involved shooting incidents. He has participated in 19 Washington State interest arbitration proceedings. 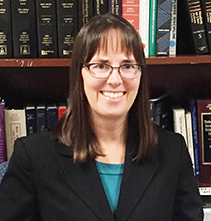 Kate received her B.A. in Political Science from Fairfield University in 1983 and her J.D. from the State University of New York at Buffalo Law School in 1987.

After graduation from law school, Kate was admitted to the Pennsylvania Bar Association. She practiced several years at the Northwestern Legal Center where she was involved in a variety of civil litigation.

Kate has contributed to the Cline law practice since 1995. Kate’s responsibilities include legal research and writing, litigation and preparation of statistical analysis reports for labor negotiations and interest arbitration. She is responsible for digesting and summarizing more than a 1000 labor contracts within the Cline and Associates database. She has prepared the Master Brief that is the proprietary Cline & Associates brief used to develop interest arbitration arguments. She has testified a number of times about her database reports and is likely the most knowledgeable person in the state on the contents of public safety labor contracts. 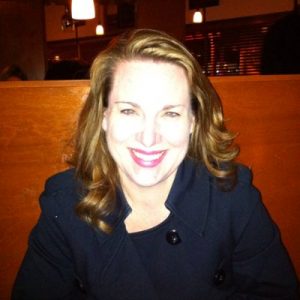 After working for more than a decade as a litigator and corporate counsel in the transportation industry Cynthia joined Cline and Associates in 2012 and worked for a few years in King County government before rejoining in 2017.  She brings her extensive trial and labor and employment experience in that field to serve as a senior litigator in an “Of Counsel” role at Cline and Associates.

Cynthia graduated from Bryn Mawr College in 1995 and then moved to Washington, D.C to work, including an internship with Senator Patty Murray.  While in Washington D.C she earned a Master Degree in Public Policy at the American University.  She attended the Sturm College of Law at the University of Denver, earning her Doctor of Jurisprudence in 2000.  While at the Sturm College of Law, she served as a General Editor and writer for the Transportation Law Journal.

Early in her career she worked at a Washington D.C. law firm specializing in transportation regulation.  She served 3 years as a trial attorney for the United States Department of Transportation prosecuting transportation law violators.  She then moved into corporate counsel positions which provided her extensive experience in labor and employment issues in the transportation industry. 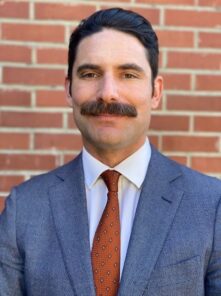 Tony graduated from Pacific Lutheran University in 2010 with a degree in Political Science He also lettered in Football, playing Linebacker for PLU. He then attended the University of Washington Law School and received Honors before graduating in May 2014. While in law school, he worked as a law clerk at Cline and Associates.

Upon graduation, Tony decided to relocate to California where he practiced labor law for several years. He worked in house for various unions before moving to Beeson, Tayer & Bodine.

Tony made a major career change in 2021, returning to the Northwest and launching a career as a firefighter with the Pierce County Fire District. He did not abandon his interest in law. Cline and Associates is fortunate to have Tony’s service as a consultant and part time litigator. Tony brings his extensive labor law experience and practical experience to assist Cline and Associates public safety clients in a variety of roles.

While attending George Washington Law School in Washington DC, Kim interned for two semesters with the National Labor Relations Board where she learned federal labor law. Kim also worked for the EEOC, as a summer associate with a DC union-side firm, and in her final year Kim represented clients in the law school’s Public Justice Advocacy Clinic. She was honored with a Shapiro Public Interest Grant and was a member of the Labor & Employment Law Society.

Upon graduation Kim worked for a time at another local union-side firm before joining Cline and Associates. At the firm, Kim assists labor contract negotiations and ULP litigation, and conducts legal research and writing.